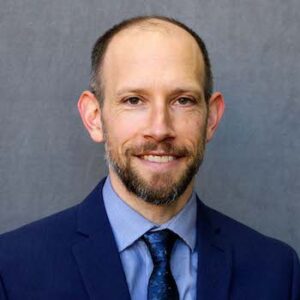 Dr. Chris Brace is an associate professor (tenure) with the Departments of Radiology and Biomedical Engineering. He received his bachelor of science in physics and bachelor of science in electrical engineering from the University of Wisconsin–Milwaukee in 2001, and his master of science in electrical engineering and doctor of philosophy degrees from the University of Wisconsin–Madison in 2003 and 2005, respectively. He has been a member of the University of Wisconsin faculty since 2009, having previously served as an Assistant Scientist from 2005 to 2009. Dr. Brace’s research interests include applications of electromagnetics in medicine, image-guided interventional oncology, thermal therapies such as radiofrequency and microwave ablation, multiphysics simulation, and medical imaging. He is the author of numerous papers, conference presentations, book chapters, and patents with much of this work funded by federal and institutional grant support.