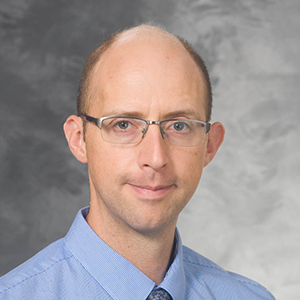 The latest racial disparity research by Assistant Professor Andrew Ross, MD, MPH was featured on Side Effects, an Indiana NPR affiliate. The research study, “The influence of patient race on the use of diagnostic imaging in United States emergency departments: data from the National Hospital Ambulatory Medical Care survey”, was initially published in BMC Health Services.

“It’s been well documented for some time that substantial disparities exist in the health care system based on patient race. Minorities fair poorly on a variety of health metrics: presenting at later stages of disease, having worse outcomes for similar diagnoses, and potentially being under-treated for many common indications. The role of radiology in these disparities is less well understood. This study showed that minorities presenting to the ER were less likely to get diagnostic imaging of any kind, even when controlling for patient and hospital factors such as insurance, disease severity, and hospital setting,” says Dr. Ross.

Being less likely to get diagnostic imaging may lead to some of the downstream poor health outcomes that have been so well-documented elsewhere in the literature. Identifying disparities is the first step in creating strategies to mitigate this uneven use of radiology resources and improve health outcomes for people of color.

“For future research, I’d like to assess whether imaging disparities exist in other settings outside of emergency department care. I’m currently doing a large systematic review of the existing literature with the help of a UWSMP medical student to summarize what’s already been done and point the way towards future research. We hope to publish this in the Fall or Winter. Our early results show that although some care settings (e.g. breast cancer screening) have been carefully studied, others such as lung cancer screening, general outpatient imaging, and imaging for cancer treatment have not been well investigated. We hope to fill in some of these gaps,” Dr. Ross explains.