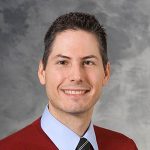 Wife-and-husband researchers are developing a new breathing monitoring technology at the University of Wisconsin–Madison. After a year and a half scouring the health¬care market for a device that could provide real-time monitoring of patients undergoing sedation, UW School of Medicine and Public Health (UWSMPH) pediatric anesthesiologist Dr. Guelay Bilen-Rosas was frustrated not only because she could not find an existing device, but neither one that might be in development.

Dr. Bilen-Rosas’ husband, Humberto “Tito” Rosas, a UWSMPH associate professor in the Department of Radiology, was very sympathetic to her plight. A radiologist in the musculoskeletal section, Dr. Rosas routinely performs interventional techniques on sedated patients and knows the challenges first-hand of properly monitoring patients’ breathing parameters to avoid them going into respiratory compromise.

“When we perform vertebroplasties, or other more invasive procedures, we’ve had a couple of patients go into respiratory depression, and the pulse oximeter and blood pressure cuff were the only monitoring devices we had available,” Dr. Rosas said. “By the time we realized the patient was having respiratory difficulties, they were a further along than we would have liked as these monitors detect secondary downstream effects from decreased oxygenation. The end result is that we had to act quickly to perform measures to reverse the effects of the sedatives and treat the patient,” Rosas said.

“I thought, wouldn’t it be great if I would have had advanced notice and a few additional minutes to address this medical emergency – especially in this particular circumstance, where we have large gauge needles in a patient’s back which need to be removed in order to roll them over and initiate what can be life saving measures – time is of the essence,” Rosas continued. “I started looking into the problem because this was a recurring topic and an issue my wife was passionate about and wanted to discuss. It turns out this is a global issue, and that there are a large number of cases of brain damage, cardiovascular events, and even death secondary to sedation related respiratory com¬promise, all of which could have been avoided if detected early,” Rosas said. Working in a teaching atmosphere, both doctors admitted the difficulty of training people to recognize the nuances of symptoms when patients are beginning to go into respiratory distress.

So, one Saturday morning at home while making pancakes, Dr. Bilen-Rosas brought it up again. “I was thinking, at this point, there’s not really much we can do,” Dr. Rosas said. “And then I said, why don’t we just look at possible options at addressing the problem? And without hesitation his wife said, ‘yes, that is exactly what I want to do.’”

The Rosas began to compile a list of modalities, and ways to potentially fix the problem. They considered numerous technologies that might be able to provide accurate, real-time data about a patient’s respiratory status, such as optical imaging, ultrasound, or laser. “There are all sorts of technologies out there, but none had been used for this purpose. We started working to see which technology would pan out to be the solution,” he said. “We’re both clinicians, we’re both end-users, I thought we both had a good opportunity to figure something out.”

Dr. Rosas had a theory about ultrasound, but it required thinking outside the box. “The claim is that you can’t see air with ultra¬sound…it’s not very good,” he said. “I had an idea of what I thought we were going to see, but I wasn’t sure, Rosas continued. “My wife had several ideas and theories as well – it has really been a joint partnership the whole time, even in regards to which modalities and technologies we should look at.”

The airway in the neck is the first place a clinician would start to see trouble, if it develops. Testing their improvised ultrasound device on each other, the Rosas began to see some results. Thanks to friends and UW Veterinary School connections, the doctors were able to test the device’s reliability on animal subjects, viewing the airway in numerous different states, and ultimately confirming that an ultrasound device could perceive subtle tissue changes around the trachea at different states of airway obstruction.

The doctor team tweaked their parameters, coding and modifications to the ultrasound device, and reached out to the Wisconsin Alumni Research Foundation (WARF) to tap their expertise to take the next steps. WARF took the Rosas’ project on, and with their dedicated help, the new technology ended up winning the 2016 Innovation Award, and received funding for a pilot study to test the device further. Again, the results of their work were confirmed, and the process of refining the finished product and bringing it to market began, along with continued testing and validating.

“I don’t know where we’d be without the support of WARF, Dr. Rosas said. “We are now testing it in operating rooms with patients undergoing sedation. We are working with Dr. Irene Ong in the Obstetrics and Gynecology Department, who has been a godsend for our team, with her background in AI,” Rosas continued. “We are looking to AI to not only identify airway compromise, but to predict it in advance. That could be three to five minutes before a pulse oximeter would even detect it,” he said.

The Rosas now have three patents resulting from their work on their airway monitoring device. “There are a couple of other offshoot projects with other departments. The applications and technology have potential uses in the airline industry and possibly even with the Department of Defense.” Rosas said. “WARF has been instrumental in helping us obtain patents for the ideas coming from this.”

Dr. Rosas remarked how this process has real¬ly opened both doctors’ eyes to a larger scope of issues that affect colleagues in the medical community, issues that they are excited for which to have found a potential solution. “We met a lot of wonderful people along the way who freely gave their time and advice. We did not expect them to take time out of their busy schedules to help, but they did,” he continued. “Whether this project turns out to be a success or not, I’m hoping my wife and I can give back to the next group of people who are coming up with a research or entrepreneurial project.”