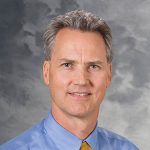 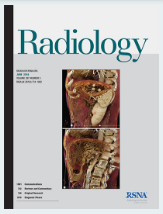 Dr. Mark Schiebler, Professor in the Department of Radiology and a Deputy Editor for the journal Radiology, is the head of a new feature titled “Images in Radiology.” The feature will appear in each issue of Radiology and focus on images which highlight technical innovation in the field with state of the art imaging technology. The section first appears in the June 2018 issue of Radiology and is titled “Gastric Neuroendocrine Tumors in MEN1 Syndrome: Cinematic Rendering.” The images featured this month are intravenous contrast material-enhanced CT images which were processed using a technique called Cinematic Rendering. According to the article, “cinematic rendering is a recently described three-dimensional rendering technique that generates photorealistic images based on a new lighting mode.” These images were also used as the cover image of the June issue.