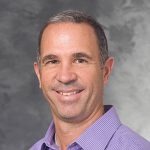 Perry Pickhardt, MD, Professor in the Department of Radiology and Chief of Gastrointestinal Imaging, was featured in a report that aired earlier this month on the Lifetime network. The report offered an in-depth look at noninvasive colorectal cancer screening options, discussing the importance of screening and touching on the United States Preventive Service ratings and insurance status of virtual colonography. Dr. Pickhardt and Dr. Cecelia Brewington of the University of Texas Southwestern Medical Center are interviewed in the piece as well as several patients who discuss their experiences with the screening.

The report can be viewed at https://www.youtube.com/watch?v=gW9b5Jx0ZPA

Pickhardt is currently co-PI on a National Institutes of Health R01 grant for CT colonography and colorectal cancer and in 2016 was named the Most Influential Radiology Researcher by AuntMinnie.com for his work on CT colonography. Last year he assumed the title of Medical Director of Oncologic Imaging for the UW Carbone Cancer Center.