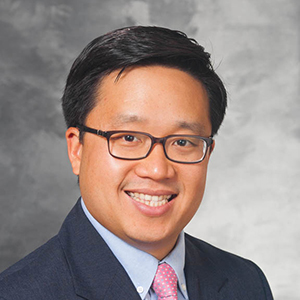 Dr. John-Paul Yu, Assistant Professor in the Department of Radiology and Director of the Integrative Systems Neuroimaging Lab at UW, won the Outstanding Presentation Award in Functional Neuroradiology at the annual meeting of the American Society of Neuroradiology (ASNR). His presentation was titled, “Neuroimaging Microglia: Development of a Quantitative Multi-Compartment Diffusion MRI Biomarker of Microglial Activation and Neuroinflammation,” and was based on research conducted by Yu and graduate students Brian Barnett, Sue Yi, Maribel Torres-Velazquez and research intern Jackie Anderson in the Yu lab.

Neuroinflammation and microglial activation are emerging potential biomarkers of schizophrenia, depression, and other neuropsychiatric disorders in addition to numerous neurodegenerative diseases such as Alzheimer’s and Parkinson’s disease. As such, “there is significant interest in the development of new methodologies aimed at imaging neuroinflammation, microglial populations, and their distribution throughout the brain,” according to the authors. Limitations to existing imaging methods such as low specificity, challenges to quantification, and low biocompatibility and toxicity stand in the way of a “safe, widely accessible, or clinically viable neuroimaging methodology for the in vivo study of neuroinflammation.”