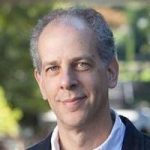 Abstract: Despite significant recent advances in molecular genetics and neuroscience, behavioral ratings based on clinical observations are still the gold standard for screening, diagnosing, and assessing outcomes in neurodevelopmental disorders, including autism spectrum disorder. Such behavioral ratings are subjective, require significant clinician expertise and training, typically do not capture data from the children in their natural environments such as homes or schools, and are not scalable for large population screening, low-income communities, or longitudinal monitoring, all of which are critical for outcome evaluation in multisite studies and for understanding and evaluating symptoms in the general population. The development of computational approaches to standardized objective behavioral assessment is, thus, a significant unmet need in autism spectrum disorder in particular and developmental and neurodegenerative disorders in general. We first discuss and exemplify how computer vision, and machine learning, can develop scalable low-cost mobile health methods for automatically and consistently assessing existing biomarkers, from eye tracking to movement patterns and affect, while also providing tools and big data for novel discovery. We will concentrate on autism but also discuss applicability to other domains. We will conclude with the presentation of FDA-cleared technology related to deep brain stimulation and the role of image processing and machine learning in it.

G. Sapiro works on theory and applications in computer vision, computer graphics, medical imaging, image analysis, and machine learning. He has authored and co-authored over 300 papers in these areas and has written a book published by Cambridge University Press, January 2001.

G. Sapiro was awarded the Gutwirth Scholarship for Special Excellence in Graduate Studies in 1991,  the Ollendorff Fellowship for Excellence in Vision and Image Understanding Work in 1992,  the Rothschild Fellowship for Post-Doctoral Studies in 1993, the Office of Naval Research Young Investigator Award in 1998,  the Presidential Early Career Awards for Scientist and Engineers (PECASE) in 1998, the National Science Foundation Career Award in 1999, and the National Security Science and Engineering Faculty Fellowship in 2010. He received the test of time award at ICCV 2011. He was elected to the American Academy of Arts and Sciences on 2018.

G. Sapiro is a Fellow of IEEE and SIAM.

G. Sapiro was the founding Editor-in-Chief of the SIAM Journal on Imaging Sciences.