Welcome to Madison, WI!  Located on an isthmus between two lakes, Madison is the capital city of the state of Wisconsin. Madison has been voted Best Place to Live in the US two years in a row (2021 & 2022)! Madison more than just a college town and capital city, its technology economy is growing rapidly, and the region is home to the headquarters of Epic Systems, Exact Sciences, American Girl (Mattel), Sub-Zero, and Lands’ End, as well as many biotech, healthcare IT, and health systems startups.

Madison is the second largest city in the state, with a city population of approximately 260,000 and regional population of over 1 million. The city is within easy driving range of Chicago, Milwaukee, and the Twin Cities. Madison is home to one of the strongest local food scenes in the country, and from April to October, the Capitol Square hosts the largest producer-only farmers market in the country.

The city has a dedicated athletics fan base which largely centers around the University of Wisconsin-Madison. Madison is home to Forward Madison FC, the first professional soccer team in the city, as well as the Madison Mallards, a college wood- bat summer baseball league team. Marquee endurance sports and specialty sporting events include Ironman, Reebok CrossFit Games, Madison Marathon, and many national and international championship competitions.

About the University of Wisconsin-Madison

The University of Wisconsin-Madison is spread throughout downtown Madison. As a Big 10 school, it is home to 40,000 undergraduate and graduate students. As an R1 institution, UW-Madison is known for high-level research output and has the 3rd largest research endowment in the United States with nearly $1.2B in funding every year. Nationally, we are ranked as the #1 Public University and #1 University for Producing the Most Fortune 500 CEOs. UW-Madison has also had 20 alumni become Nobel Prize winners and 41 alumni become Pulitzer Prize winners.

One of UW–Madison’s longest and proudest tradition is the Wisconsin Idea: the principle that our work should improve people’s lives beyond the boundaries of campus.

About the Department of Radiology

The University of Wisconsin – Madison Department of Radiology has a rich history of innovating the field of radiology. The Department began from humble beginnings on May 18, 1927, when the Board of Regents appointed Dr. Ernst Pohle as the first professor of radiology. Since then, we have grown to 125 faculty members and 11 sections.

Strengths of Our Department

What Makes Us Great

Our faculty agree – our greatest strength is our people! The collegial, inclusive environment at UW-Madison is key in ensuring our faculty have the support to do great work whether that be in research, clinical care, or education. 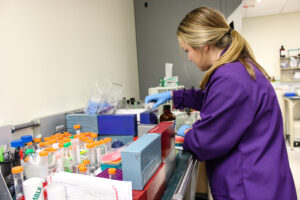 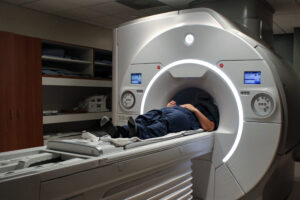 From groundbreaking clinical trials to new investigational drugs, we are always focusing on meeting the needs of our patients. Our clinical care is not bound to just the University Hospital, but at many UW Health clinics throughout Madison and Wisconsin. 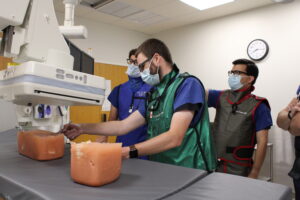 Being a part of the UW School of Medicine and Public Health, we pride ourselves in providing excellent education through the cutting-edge ForWard Curriculum. Our faculty have excellent opportunities to foster the education of our medical students, residents, and fellows.

Get to Know Madison

Madison is a wonderful place to live! It has all the amenities of a big city but the ease of living of a small town.

Guide on things to do in each season »

Check out the local art scene »

Madison has wonderful education options for your children. The Madison Metropolitan School District has a four-star rating from the Wisconsin State Department of Public Instruction, and the private Madison Country Day School has an A+ rating on Niche.

Overview of all schools in the Madison area »

Buying a house in the Madison area is a worthwhile investment. You can find homes in all types of settings: a cute city neighborhood, in the sprawling countryside, and somewhere in between.

Look at available homes on Zillow »