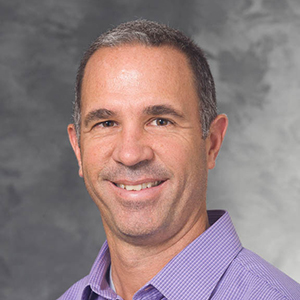 Dr. Perry J. Pickhardt graduated from the University of Wisconsin–Madison, his hometown school, in 1991 with a bachelor of science in physics (class rank 1/3,274). Beginning in 1991, Dr. Pickhardt attended the University of Michigan Medical School on the HPSP Scholarship Program and graduated with his doctor of medicine in 1995 (Hewlett-Packard Award as a top graduate). From 1995-1999, he was a resident in diagnostic radiology at the Mallinckrodt Institute of Radiology at Washington University in St. Louis. During his training in St. Louis, Dr. Pickhardt co-edited a textbook on body CT and published a number of scientific papers. For the next four years after residency training, Dr. Pickhardt served in the U.S. Navy, spending one year as the Department Head of Radiology, U.S. Naval Hospital Guantanamo Bay, Cuba and three years as the head of GI-GU Imaging at the National Naval Medical Center (NNMC) in Bethesda, MD (twice named Teacher of the Year). He also served as an assistant professor of radiology at the Uniformed Services University of the Health Sciences in Bethesda. Among other projects at NNMC, Dr. Pickhardt organized a large multi-center screening trial evaluating CT colonography (virtual colonoscopy) and served as the primary investigator. Dr. Pickhardt joined the Abdominal Imaging and Intervention Section at the University of Wisconsin School of Medicine and Public Health in 2003 as an associate professor (CHS) of radiology and was promoted to professor (CHS) in 2009. He continues to serve as the Chief of Gastrointestinal Imaging. CT colonography and colorectal cancer screening continue to be among Dr. Pickhardt's clinical and research interests, along with machine learning/artificial intelligence, oncologic imaging, and opportunistic CT screening. His work in abdominal imaging has resulted in over 400 scientific publications and book chapters, as well as multiple textbooks. Among other honors, he has received the best paper award at the Annual Meeting for the Society of Gastrointestinal Radiology on four occasions and was named “Most Influential Radiology Researcher” by auntminnie.com in 2016. He has also served as a PI on multiple NIH R01 grants. In 2017, he also assumed the title of Medical Director of Oncologic Imaging for the UW Carbone Cancer Center.