Our primary goal is to develop minimally invasive techniques to treat cancer. We use small-diameter applicators to destroy malignant tissue while minimizing damage to normal, healthy tissue.

We take ideas from the bench to the clinic – from conceptualization to computer modeling, construction of prototypes and preclinical testing, to optimization and clinical trials. 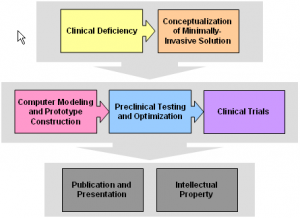 Our lab seeks to capitalize on the natural synergies found in multidisciplinary groups. The personnel in our lab come from many different disciplines: radiology, engineering, surgery, pathology, medical physics, and biotechnology. We must constantly view problems from the point of view of others, and try to meld our backgrounds into technology that improves human health and the quality of life.

UW-Madison is the primary educational site for NeuWave Medical (Johnson and Johnson, Inc.) due to the basic science and birth of the company, both of which came from the Tumor Ablation Laboratory.

Members of the Abdominal Imaging and Intervention Section were early pioneers in the development of tumor ablation devices and techniques that are now in widespread use worldwide. For example, percutaneous cryoablation was first systematically explored in this laboratory by Drs. Fred T. Lee Jr and Peter Littrup (Wayne State University). The multiple probe RF system manufactured by Covidien, Inc. (Switching Controller™, Covidien, Boulder, CO) was invented at UW and subsequently licensed to Covidien. This device is now in widespread use worldwide. The technology behind the microwave ablation system Certus140™ (NeuWave Medical, Madison WI) was also invented in the tumor ablation laboratory. The tumor ablation program is a true bench-to-bedside model which includes a pre-clinical laboratory for device development and testing under the direction of Christopher Brace, PhD, and an active clinical research program. Clinical and research collaborators include Drs. Fred T. Lee Jr, J. Louis Hinshaw, Meghan Lubner, Tim Ziemlewicz, Shane Wells, and Paul Laeseke. The program has had several firsts. Dr. Hinshaw was the first person in the world to perform clinical cases with the Switching Controller™ as well as the Certus 140TM, Dr. Lubner was the first to use the NeuWave PR probe, and Dr. Ziemlewicz was the first to use the Certus 140™ in the lung. Other highlights of the ablation program include multiple inventions in clinical use today, more than 20 published and pending patents, a highly successful grant program yielding more than $10 million in total, more than 200 scientific publications and innumerable scientific and invited presentations, and the birth of NeuWave Medical, Inc., a UW-Madison spin-off company that produces a state-of-the-art high-powered gas-cooled microwave ablation device. In April 2016, NeuWave was acquired by Johnson and Johnson, Inc.

Members of the Tumor Ablation Laboratory are currently collaborating with Histosonics, Inc., and the University of Michigan on robotically assisted sonic therapy (RAST). RAST is based on histotripsy, a non-thermal, noninvasive ultrasound-based ablation modality that is in preclinical use. RAST is unique in that it uses cavitation rather than heat to destroy tissue, and is completely non-invasive. 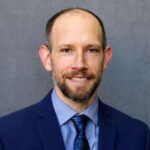 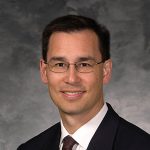