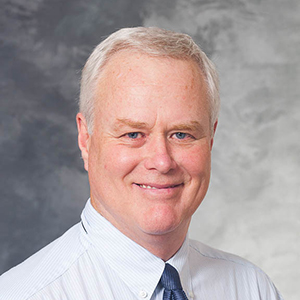 Dr. Jamey Weichert is a professor (tenure) of Radiology and also holds an affiliate positions in Medical Physics and Pharmaceutics at the University of Wisconsin in Madison. Dr. Weichert received a Bachelor of Science degree in Chemistry from the University of Minnesota in 1980 and a doctoral in Medicinal Chemistry from The University of Michigan in 1985 under the direction of Dr. Raymond Counsell. He has been a member of the Radiology faculty in Madison since 1998. Most recently, In 2005, Dr. Weichert established the University's Small Animal Imaging and Radiotherapy Facility (SAIRF) and still serves as it’s faculty director. Prior to joining the University of Wisconsin, Dr. Weichert was a member of the University of Michigan Radiology faculty between 1985 and 1998. He founded Cellectar, LLC in Madison in 2003 to develop diapeutic oncology agents. He left Cellectar in 2016 and subsequently cofounded Archeus Technologies in Madison, a company dedicated to the development of alkylphosphocholine chelates for MRI imaging, targeted radionuclide therapy (TRT) and immunostimulation. Dr. Weichert's research interests focus on the design and development of cancer targeted molecular contrast, imaging, and therapeutic agents for a wide range of applications in diagnostic cancer imaging and radiotherapy. Dr. Weichert is an author on more than 80 peer-reviewed publications, a co-inventor on more than 50 issued and pending patents, and a co- investigator or principal investigator on several NIH-NCI and corporate grants (>$20M total). He is co-PI with Human Oncology colleague, Zach Morris, on the first ever awarded TRT P01 grant ($13M). Dr. Weichert recently won the Distinguished Investigator Award from the Academy for Radiology & Biomedical Imaging (2021) and the Harry Fisher Award for Excellence in Contrast Media Research, Contrast Media Research Society (2015). He serves as a reviewer for multiple journals and many NIH grant review study sections.