In 1995, Chief of Abdominal Intervention and Professor Fred Lee Jr., MD established the Tumor Ablation Laboratory at UW, one of the first of its kind in the world. The primary goal of the lab is to develop minimally or non-invasive techniques to treat cancer, destroying malignant tissue while simultaneously minimizing damage to healthy tissue. The lab has multiple inventions in clinical use, more than 20 patents, over 200 scientific publications, and created a UW-Madison spin-off company – NeuWave Medical, Inc. – to produce one of their devices. The research and technologies created in this lab have helped tens of thousands of patients to date. Learn more about how the lab got started and the incredible work they have done to improve the lives of so many.

Dr. Lee developed an interest in minimally invasive tumor ablation therapy while completing the requirements for the Radiologic Society of North America (RSNA) Scholars program in the early 1990’s. At that time, only a few Italian investigators were working on tumor ablation. The Italian physicists were percutaneously placing needles in tumors and passing electrical current through them to create heat with radiofrequency (RF), an unheard-of technique for the time. It was considered highly risky, with the potential benefits to patients unknown. “Only one or two American centers had been dabbling in it and it was new, so people didn’t really know how it worked or what the long-term effects would be. I thought that the concept was fascinating, with some potentially great patient benefits, and I wanted to bring it to Wisconsin,” says Dr. Lee.

He used state-of-the-art equipment and human-size pigs to start testing available RF devices, which is when he found out that these devices did not always work as advertised. The ablation zones were small and irregularly shaped, making the devices hard to work with and rendering them ineffective to destroy anything except the smallest tumors. It was at that point that the need for improvement in existing ablation devices became clear, as well as the need for a dedicated lab to test and develop the technology.

“I was fortunate that Christopher Brace, PhD – an engineering student at that time working with UW Engineering professor and my long-term collaborator Dan van der Weide, PhD – was interested in working on the technology. Assistant Professor Paul Laeseke, an MD-PhD student at the time, was also interested. They were the dynamic duo that drove much of the discovery in the early days. Today they are known as world experts, and for good reason. While Chris and Paul were driving our research lab, Professor Louis Hinshaw, MD joined the UW faculty. His clinical expertise, combined with our lab discoveries, resulted in our ascendancy to a premier clinical ablation center,” says Dr. Lee.

Another key to the many discoveries and successes of the lab is WIMR (Wisconsin Institutes for Medical Research), which allows UW personnel the unique opportunity for intervention on large animals. “We need to continue to leverage our ability to do large animal research and imaging, because it is so unique and is a critical step prior to applying our discoveries in humans. Facilities like WIMR don’t exist in most radiology departments. The combination of the facility and the innovative research in the Department of Radiology have and will continue to provide us with many opportunities to contribute to our field,” Dr. Lee comments.

He describes his time in the lab as covering four distinct research phases. The first of these phases was focused on cryoablation, a method of destroying cancer cells by freezing them. When the lab was first created, cryoablation was only feasible using large probes, too large to be used percutaneously. With the development of new, smaller probes, the idea of percutaneous cryoablation of the liver and kidney was born.

Percutaneous cryoablation was first explored systematically in the Tumor Ablation Lab, led by Dr. Lee and Dr. Peter Littrup (Wayne State University), and later with Dr. Hinshaw. Drs. Lee and Littrup found they could use CT and ultrasound to visualize the cryoablation ice balls, allowing for minimally invasive percutaneous procedures in addition to the intraoperative ones.

The second phase of the lab focused on RF ablation. RF ablation uses electric current to cause tissue heating to a temperature which causes cell death. The technology of the time consisted primarily of single-probe RF systems that produced small and irregularly-shaped ablation zones. One of the first technologies developed in the lab was a multiple-probe RF ablation system, which created larger and faster ablation zones. The invention was licensed to Medtronic through WARF (Wisconsin Alumni Research Foundation), and has been used worldwide to help thousands of patients since the late 1990’s.

The basic research and subsequent patents led to the creation of a medical device company in 2008, called NeuWave Medical. Through this spin-off company, members of the lab invented and produced a microwave ablation system, the Certus140™. The device was first used in patients in 2010. In 2016, NeuWave was sold to Johnson and Johnson, although the lab still contributes to research and testing. The Certus140™ is now the leading microwave ablation device in the United States and has treated over 50,000 people to date.

“I’m most proud of our developments in microwave ablation. These have had the greatest impact clinically as we’ve helped the technology go from relatively unknown to commonplace over the last 15 years,” says Dr. Brace.

The lab continues to study microwave ablation to improve understanding of how it impacts different organ systems. There is continual testing to evaluate the effectiveness of treatment on patients, and to learn about and mitigate side effects that may occur.

The fourth and current phase of the lab is focused on Histotripsy. Histotripsy is the process of using sound energy to mechanically destroy targeted tissue at a sub-cellular level. The lab is collaborating with HistoSonics, Inc. and the University of Michigan on this endeavor.

Histotripsy, originally invented at the University of Michigan, uses ultrasound sound waves from outside the body to destroy cells. The device is completely non-invasive. UW is working with the inventors to improve the device so it will be more conducive to treating human patients. “This is a remarkable idea with the potential to significantly reduce recovery time and side effects for patients. I think this is truly the future of tumor ablation,” says Dr. Lee.

When asked about his favorite accomplishments from the lab, Dr. Lee reflected on the drive lab members had (and still have) to continue moving forward. “Many times people have said to me ‘Whya are you bothering to work on a particular device, when existing technology works perfectly well?’ My answer is that nothing is ever perfect. The history of the world is full of examples of prominent people defending the status quo, and they have been proven wrong every time. Change is inevitable; the only question in my mind is what will the change be and when will it happen? We can always make things better for patients, no matter how good we think it already is. I am proud that we have never fallen victim to complacency, and that the lab has always looked for ways to innovate and improve,” says Dr. Lee.

Dr. Brace agrees about the forward-thinking nature of the lab. “Ablation technologies have only begun to make their fullest impact on cancer care. We will see the tools become less invasive, more precise, and ablation treatments being used for new clinical indications. Our lab will continue to foster the development of devices, provide the scientific evidence of their efficacy and safety, and train the engineers and physicians that will lead future efforts,” he says.

In addition to the lab’s drive, Dr. Lee is thrilled with the impact they have made on patient’s lives. “l am proud of our excellent track record, with our devices and technologies bettering the lives of patients. Many investigators work on things over the course of their entire careers. They are fortunate if any of their work makes it to patients, and even more fortunate if their work positively impacts lives. I am overjoyed that our work has already improved thousands of people’s lives,” say Dr. Lee.

While Dr. Lee was the one who started the Tumor Ablation Lab, he is quick to give credit to the other members that have helped make it successful. “I am so proud of the people in the laboratory. I want to make this clear: this isn’t something that is driven just by me. I am the oldest and have been around the longest, so I often get more credit than I deserve, but there are others that are making a huge impact in our work. Paul Laeseke, Louis Hinshaw, Meg Lubner, Tim Ziemlewicz, Ken Lee, Keegan Markhardt, Erica Knavel (who will soon be joining our faculty), Johnny Swietlik, Amanda Smolock, Kaite Longo, Mircea Cristescu, Scott Mauch, and Allison Couillard are just some of the people I can name that have made invaluable contributions to our lab. The last several years have seen Emily Knott and Annie Zlevor drive our projects forward. Working with these talented people has left me with no doubt that the next generation will continue to push the lab towards the forefront of medicine,” says Dr. Lee. 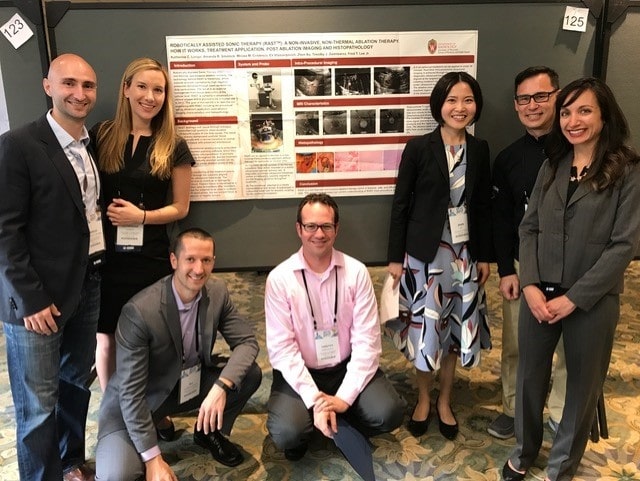 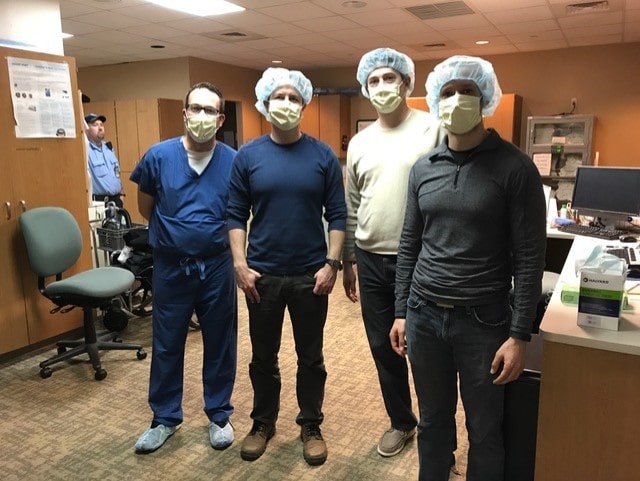 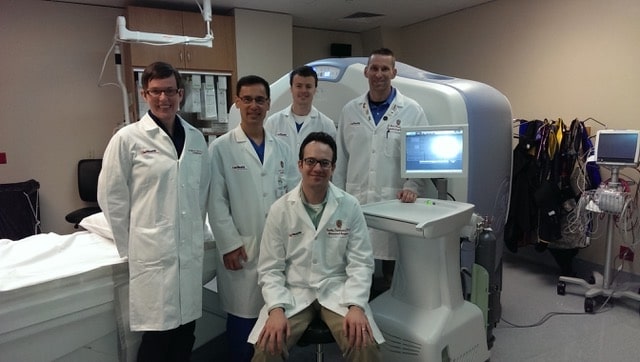 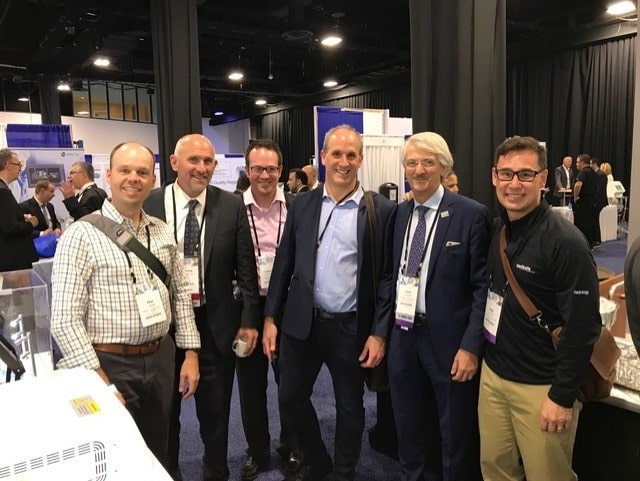 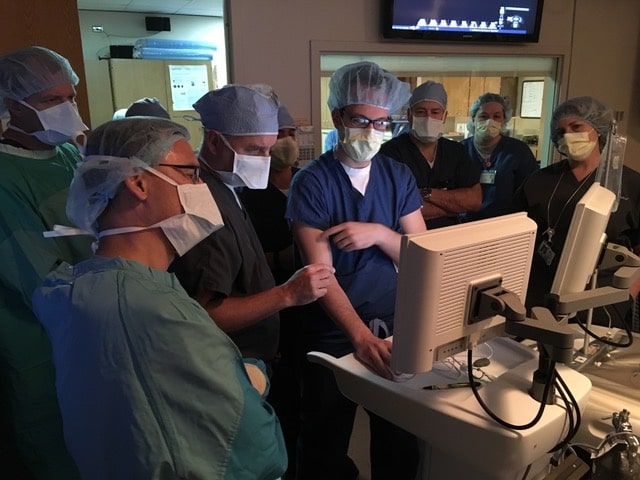 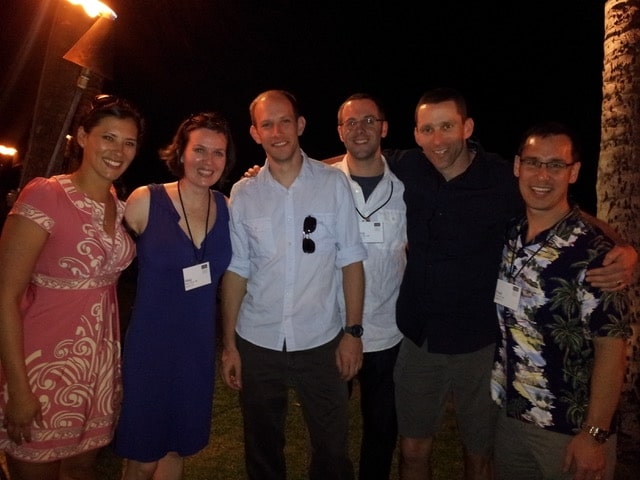 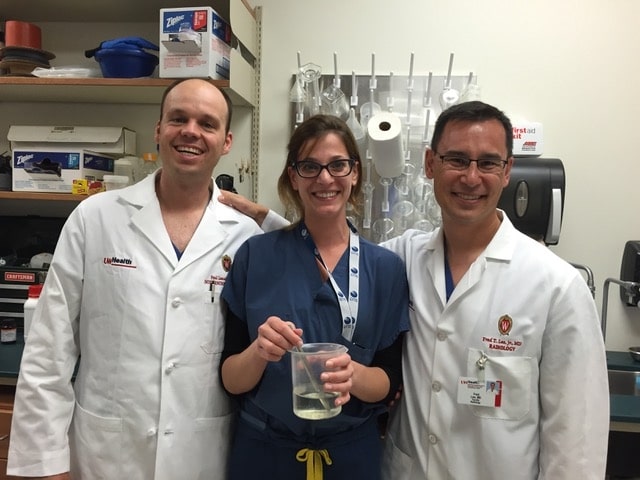 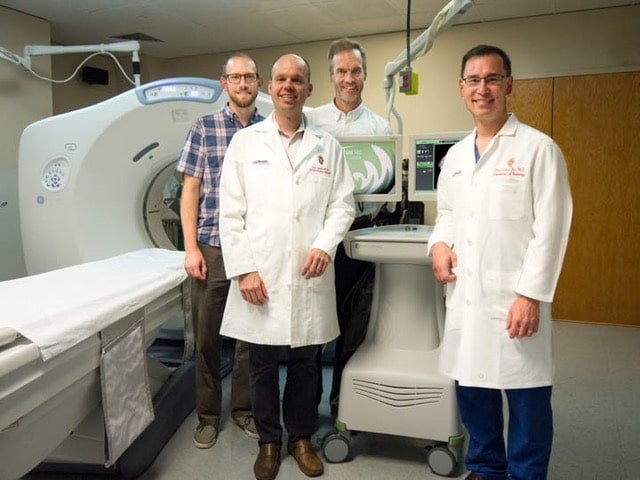 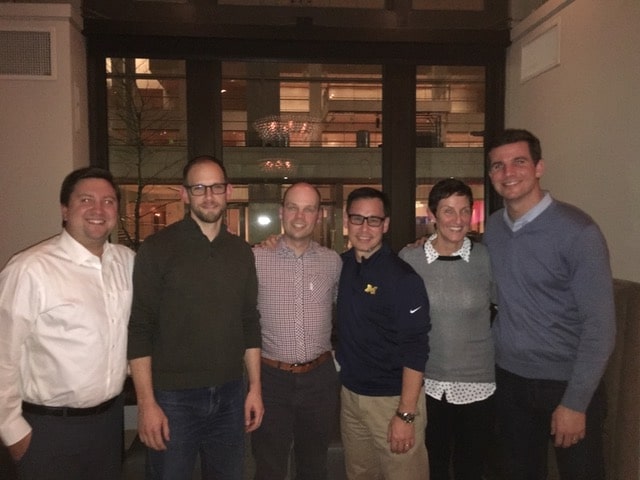